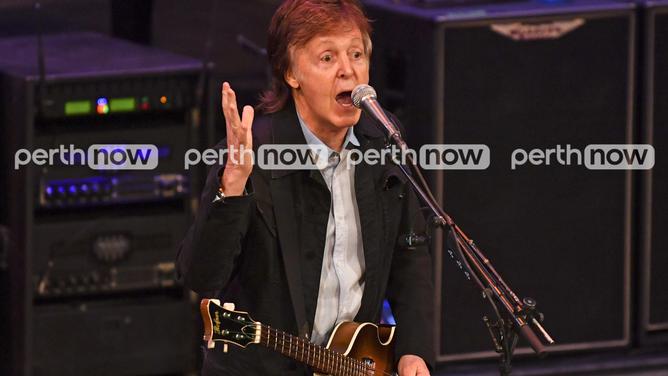 TWENTY four years after playing his last concert in Perth, the legendary Paul McCartney is back and raring to go.

The 75-year-old Beatles star today played host to ten lucky fans and their guests along with a select group of media at an exclusive Q&A session followed by a short performance of Drive My Car, Lady Madonna, I’ve Just Seen a Face and Wings’ track Junior’s Farm.
The rockin’ knight, who kicks off the Australian leg of his One on One tour at NIB Stadium on Saturday night, said he continues to write music and perform simply because he loves it.

“It’s kind of a magical thing because when you write a song you’ve got nothing and you suddenly produce something like a rabbit from a hat and it feels really good and you get a bit addicted to that feeling,” he said.

“And then you perform it with an audience and you get addicted to that too. I love it so much and that is why I keep doing it and that’s what gives me the energy.” 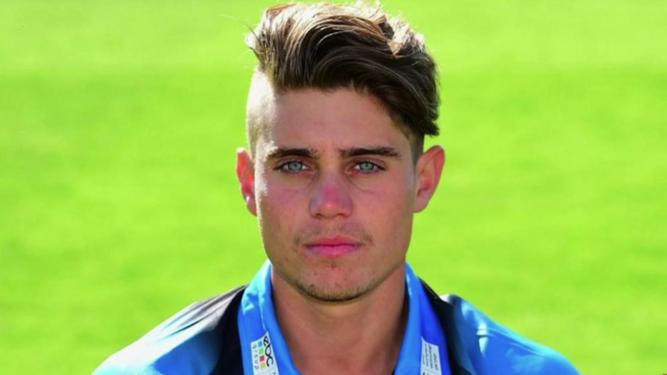 A PERTH-raised cricketer, who plays county cricket in England, has been accused of raping a woman in the UK.

Alex Hepburn, who plays for Worcestershire Country Cricket Club has been suspended while an investigation into the allegations take place.

The 21-year-old was planning to return home to play cricket for the Willetton District Cricket Club this summer, where he’s a member of the A Grade squad.

But that move is now in doubt after his English club confirmed Mr Hepburn was charged by police earlier this month with two counts of rape, in relation to an incident back in April.

In a statement the Worcestershire club said Alex Hepburn had been suspended on full pay pending a further investigation.

Academy Award-winning actor Geoffrey Rush has been accused of “inappropriate behaviour” during his work with the Sydney Theatre Company (STC).

A Sydney Theatre Company spokeswoman said the organisation had “received a complaint alleging that Mr Geoffrey Rush had engaged in inappropriate behaviour”.

BITCOIN plunged as much as 20 per cent just hours after a rally past $US11,000 ($14,500) generated a surge in traffic at online exchanges that led to intermittent outages.

The plunge capped a wild day for the biggest cryptocurrency that included a breakneck advance to a high of $US11,434 before the reversal took it as low as $US9009 yesterday afternoon.

The heaviest selling came amid reports of service outages and delays on some of the largest online exchanges. The extent of the problems on platforms such as Coinbase and Gemini remained unclear, with several saying massive spikes in traffic had caused unspecified problems. Coinbase remained unavailable to some users.

Bitcoin had rallied 20 per cent in just four days, topping $US10,000 for the first time earlier this week in a run-up that drew increased warnings it was in a bubble. The cryptocurrency ended September at $US4171.25.

“After doubling in such a short period of time, people are taking profits,” said David Mondrus, chief executive of Trive, a blockchain-based research platform.