Collingwood’s Tim Broomhead had to be taken off the field on a stretcher on Saturday after suffering a horrific broken leg against GWS at the MCG.

Broomhead, going head-to-head with Giants defender Heath Shaw, was attempting to soccer the ball through the goalpost when he was pushed off balance and collected the post with his shin.

Broomhead’s leg bent backwards at the shin, with the 24-year-old immediately thumping the ground in pain.

Watch the incident in the video player above.
The first-quarter incident was a bad start to the game for the Magpies, who will be under pressure to produce results this season after a lean few years under Nathan Buckley.

It was the first of two significant injuries in the first quarter, with Giants runner Tom Scully also taken off the ground on a stretcher after a bad ankle injury.

A POPULAR Fremantle food van operator is fighting for his life in a Thai hospital after suffering horrific injuries in a scooter crash while on holiday on the island of Koh Samui.

Ben French, 36, who co-owns the Eat No Evil food truck and catering business, was found by a Thai local on the side of the road on Wednesday after coming off a scooter. He was rushed to hospital where he remains in a critical condition, with his parents by his bedside after they flew to the holiday hotspot the day after the accident.

His family is not sure exactly what happened on that road bend, which left their son and brother in a coma with a serious brain injury, broken spine, two punctured lungs and all his ribs broken. They believe he ploughed into concrete edging on the side of the road.

Mr French’s younger brother Kyle Malkus said it had been a horrible “rollercoaster” ride for the family, but his sibling was now showing positive signs of improvement, including slight movements and responding to pain.

A motorcyclist has died after a collision with a vehicle towing a horse float in Tasmania’s north.

Police said the rider was declared dead at the scene, at Meander Valley Road, Hagley, on Saturday morning.

The identity of the motorcyclist has not been released.

The fatality brings the number of motorcyclists killed on Tasmanian roads in 2018 to five.

The ABC understands the rider was a Tasmanian.

The horses in the float escaped injury.

Police say a Sydney man who allegedly caused an eight-car crash that left an 18-year-old dead was seen speeding past officers without his vehicle’s headlights on prior to the incident.

Just after 7pm last night, a 27-year-old man veered onto the wrong side of Campbelltown Road in Woodbine and hit an Uber and six other cars, before bursting into flames.

Assistant Commissioner Michael Corboy said police saw the car speeding past them without its headlights on about 15 minutes prior to the crash.

“Last night police were stopped doing stationary work when they noticed a blue Commodore travelling past them at speed without their lights on,” he said.

“They didn’t have time to intercept that vehicle. A short time later the vehicle was seen by another police car travelling at high speed — we’re alleging it was the same vehicle.”

The man who was driving on the wrong side of the road is in an induced coma, and police expect to lay serious charges against him when doctors allow him to be interviewed.

Six other cars were also involved and 14 people were treated at the scene — five people including the alleged offender are in hospital with serious injuries.

‘Lucky that more people did not die’
Assistant Commissioner Corboy described the scene as “unbelievable.”

Three people have died in a serious crash at Kakadu National Park, NT Police have confirmed.

The car rolled on the Kakadu Highway north of Cooinda Lodge on Saturday.

It is believed seven people were in the car at the time, and the others sustained injuries.

The three killed were believed to be tourists.

Early reports suggested people had been trapped in the car, and that only one car was involved.

NT Police asked road users to avoid the area and said the road “will be out of use for some time”. 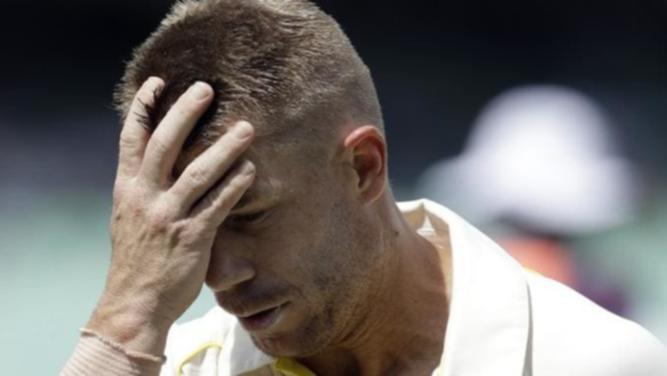 Warner dodges key questions about cheating scandal
Vows to do all he can to regain trust
Admits his days of playing for Australia could well be over
Says his priority now is to protect his family
Took responsibility “for my part” in the incident
Said what happened was inexcusable and he will pay for it for the rest of his life
David Warner has defended his emotional apology over his part in cricket’s ball- tampering scandal after he refused to answer questions about the role he, or others, played in the affair.

The former Australian team vice-captain took to social media following his press conference to explain why he needed to follow Cricket Australia protocols.

“I know there are unanswered questions and lots of them. I completely understand. In time i will do my best to answer them all. But there is a formal CA process to follow,” Warner tweeted nearly two hours after a press conference that was widely criticised by cricket fans on Twitter.

EEarlier he revealed he fears his international career could be over because of his role in cricket’s ball-tampering scandal.

“In the back of my mind I suppose there is a tiny ray of hope that I may one day be given the privilege of playing for my country again, but I am resigned to the fact that that may never happen,” he told a press conference.

Warner and axed captain Steve Smith received one-year suspensions for their role in the affair while batsman Cameron Bancroft has been banned for nine months.

Addressing the media for the first since Bancroft was caught tampering with the ball during the third Test against South Africa in Cape Town last week, Warner said he took responsibility for his actions.

But he refused to say if he was the chief architect or if other teammates were involved in the decision to use sandpaper on the ball, frustrating reporters and a nation demanding answers.

“I am here to talk about the part I played in this. It’s inexcusable. I am sorry,” Warner said…