Incriminating footage capturing the moment racing stewards confront a stablehand allegedly doping a Robert Smerdon-trained horse at Flemington has been aired at a hearing into the Aquanita scandal.

Eight people connected to the powerful thoroughbred stables are facing 271 charges at a Racing Appeals and Disciplinary Board hearing in Melbourne.

The video footage — which the board declined to publicly release — shows stablehand Greg Nelligan in a box with the racehorse Lovani and a modified syringe plunger allegedly containing sodium bicarbonate paste concealed in a yellow plastic bag last October.

The Formula 1 world remains divided over which of Red Bull’s star drivers was responsible for the lap 40 disaster at the Azerbaijan Grand Prix in Baku.

Many commentators have pointed angry fingers at Max Verstappen for the collision between the two Red Bull cars.

Mercedes godfather Niki Lauda on Monday (AEDT) said Ricciardo’s smash into the back of his teammate’s RB14 was “70 per cent” Verstappen’s fault and 30 per cent the result of a careless Ricciardo fake and bake down the inside line into turn one on the Baku street circuit.

The real fault surely lies at the feet of Red Bull boss Christian Horner and the team’s top brass for its failure to control its young superstar.

The team has always declared publicly there is no No. 1 driver in the Red Bull garage, despite Verstappen’s early re-signing in October, 2017, until the end of 2020. The decision to lock up the Dutchman has left Ricciardo as the sport’s most in-demand free agent heading into 2019.

The team has also allowed both its star drivers to race wheel-to-wheel.

It is those two factors that created a perfect storm on the windy Baku streets to wipe out the team’s push for a double podium finish.

Red Bull’s clear favouritism of Verstappen resulted in the radio silence that greeted its two drivers as Ricciardo fought for more than 35 laps to squeeze past his teammate.

Verstappen got the early jump on Ricciardo on lap one, but the Aussie was back on the Dutchman’s date looking for a passing spot as early as lap five.

Former Concordia College teacher Bettina Schmoock has avoided jail for encouraging a student to meet her for sex.

She has been ordered to serve a 22-month suspended sentence. 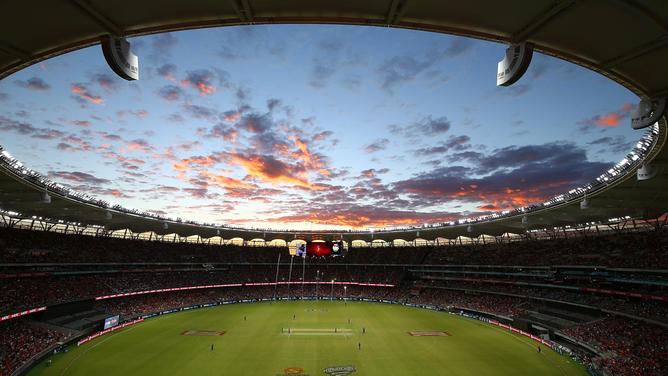 Optus Stadium will host Test cricket for the first time when Australia face India in the second of their four-Test series from December 14-18.

The 60,000-seat Burswood venue will get its first taste of red-ball action after hosting a One-Day International between Australia and England last season as well as the Perth Scorchers’ Big Bash League semifinal loss to Hobart.

The new-look Aussies will start their international summer in Perth, taking on South Africa in a series-opening ODI clash on November 4.

Cricket Australia released its summer schedule on Monday morning, with the Proteas, India and Sri Lanka all coming down under.

International cricket will head to the Gold Coast for the first time with a one-off Twenty20 between Australia and South Africa at Metricon Stadium on November 17.